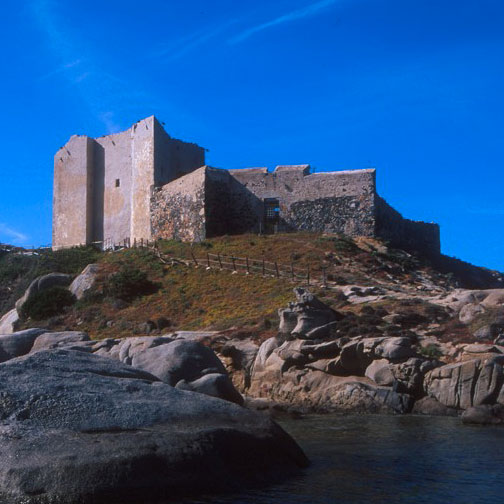 The Coastal Towers and Archeology

Among the towers still visible nowadays are the Tower of San Luigi in Serpentara, the Tower of Porto Giunco, the Tower of the Island Isola dei Cavoli, of Capo Boi and the Old Fortress. All these towers could comunicate through visual aids and were part of a defensive system of sighting that for the entire Gulf of Cagliari.

In the rich underwater world dwell the wreckages of ancient ships. The submarine depths of Villasimius is a treasure chest of findings from all eras, the oldest of which is a Roman ship dated to 250 B.C. which carried amphorae and pottery. Other findings include an entire Spanish galleon and a load of medieval pottery.

The history of the Marine Protected Area of ​​Capo Carbonara

With our exclusive “Exploring the sea” Experience we will let you discover the wonders of the Marine Protected Area of Capo Carbonara.

The small town Carbonara, which became Villasimius only in 1862, took its name from the intense exploitation of charcoal, that in the past was typical of this area.

During the centuries, its coasts have always been a strategic area for the control of maritime traffic. This is confirmed by the large number of watchtowers, built in the Middle Ages – often on the ruins of an ancient Nuraghe  – and by the frequent incursions of Barbary pirates. 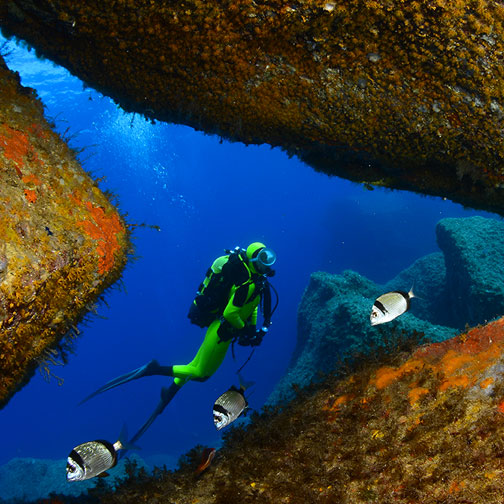 A wonder to be discovered! 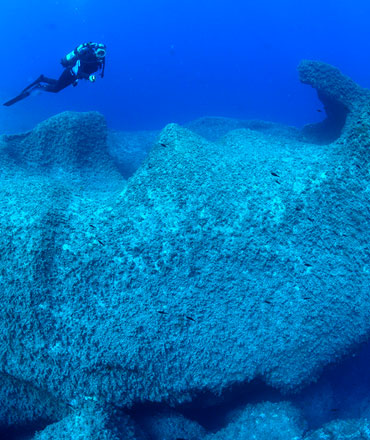 The submerged scenarios are characterized by granite rocks that form pinnacles and bastions, hollows, cracks and tafoni, often colored by the yellow sea daisies or the red gorgonians.

Near the Variglioni of Isola dei Cavoli it is not unusual to see Mediterranean barracudas and follow them in their search of food. The remarkable transparency of the water allow you to see very clearly.

Near the Secca di Cala Caterina you can dive to admire a submerged spectacle made up of large granite landslides, populated by groupers and large gilthead breams.

Within the Marine Protected Area there are the typical fish species of the Sardinian seas, both of the rocky seabeds and the sandy ones: octopus, shrimp, white seabream, surmullet, dentex, amberjack, tub gurnard, moray eels , lobsters, flathead grey mullet, gilthead bream, brown meagre.

It is also possible to discover some curious exceptions: recently, due to a significant rise in the temperature of the waters, some tropical species have found a home in a shoal in front of the beach of Simius, pretty much welcomed and well treated by the staff of the marine area and by tourists. We also report the presence of the largest bivalve mollusk in the Mediterranean: the Pinna Nobilis.

Among the mammals, in addition to the frequent presence of bottlenose dolphins, one of the very rare monk seal was sighted a few years ago. Their presence is a further confirmation of pristine waters and a perfect habitat that many species choose for reproduction, growth and nourishment. As regards the terrestrial fauna, especially in the context of the Pond of Notteri and in the ravines of the island Isola dei Cavoli, we point out the presence of volatile species such as Peregrine Falcons, Shags, Magnanina Sardas, Red-backed Schrikes, Tawny Pipits and Greater Short-toed Larks, Terns and Pink Flamingos. 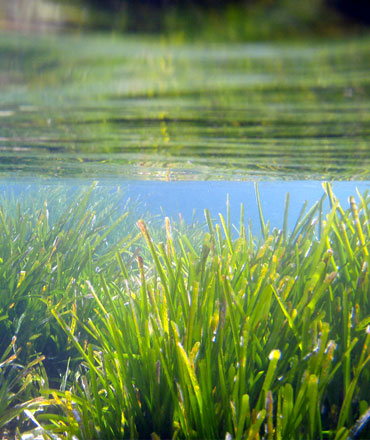 There are 136 spontaneous plant varieties in the Marine Protected Area.

Of particular interest is the dracunculus, a necrophorous plant that grows on the island Isola dei Cavoli. Typical of the coastal area are the Mediterranean scrub – with its plants able to face the hot and dry seasons – the prickly juniper, the pistachio and the myrtle.

As to the underwater flora, however, the island of Serpentara, the Secca dei Berni scrub and the shoal of Cala Caterina constitute the ideal environment for luxuriant posidonia meadows, very important for the re-oxygenation of the waters.

Establishment of the Marine Protected Area

The Marine Protected Area (A.M.P.) is divided into four areas identified with the letters A, B, C and D.

The rules in force are indicated below:

Sport fishing can be practiced only and exclusively with the following tools and limitations: